The Government’s ‘Childhood Obesity: a plan for action’ was updated and released on the 20th January. It was 8 pages in length and contained some pretty interesting statistics and intentions. To help me digest and analyse its contents I started to write all over it, it’s a habit of mine – which has led me to write this blog. It is my intention to breakdown the contents of the paper so that I can save you time and give you the headlines. But also, to offer my opinion on where our Gov’t have to be praised and point out where they have missed an opportunity.

The Headlines (this bit is scary)

My general feeling towards the paper is positive, I just can’t help that in certain area’s I still feel confused or a little underwhelmed.

To start, at no point in the paper does the Gov’t disclose the % of the levy. We are told that we will get the answer when the Financial Bill is published in 2017 – it might have been nice to made that clear point of intent when the report was published. I’m curious to find out if the Gov’t have set measures to ensure prices of these products don’t increase. I.e – If ‘The Coca Cola Company’ understand that most of their products will be hit by the levy, so they put the price of their products up by 5 pence to accommodate it. I would assume assume people will still pay that price, making the levy inconsequential. I hope this isn’t the case.

It troubles me that not all countries in the UK will receive the same amount of funding per child, the distribution of funding will conform to the Barnett formula. This is a system that deems some countries in the UK in need of more public money than others. It’s creator Lord Barnett, said of his own formula – ‘It’s grossly unfair, it was never meant to last for 36 years’. Oh.

The issue of the ‘Ofsted Healthy Rating Scheme’ is not clear and needs to be addressed. We are told the that the results of this scheme will be featured heavily in HMI’s inspection process (and in the School Inspection Handbook – hopefully a nice bit of leverage for your SLT there). Yet it also states in the paper that School’s participation in this ‘Healthy Rating Scheme’ is voluntary? For something that is as important for Society as childhood obesity, why are schemes such as this optional?!

Every School should be legally obliged to enter data by a certain deadline annually. If such a scheme remains voluntary/optional it will almost definitely end up in the same shape as the School Games Sports Mark. I haven’t got a problem with School Games Sports Mark, but typically the Schools that enter their data for it are the ones who know they will get ‘Gold’ or ‘Silver’. Essentially if the School already values physical activity, they then complete the application to ensure they have a reward for doing so. If a School doesn’t embrace P.E and ensure their children are healthy and active – do they always fill in their School Games Sports Mark application? I’m not so sure.

I worry by not enforcing this process in a ‘you must complete this by ‘xx/xxxx’ manner. We aren’t granting the issue the urgency it deserves – our full and immediate attention.

I think my unbridled enthusiasm towards this paper has been slightly subdued as a result of the paper’s tone in area’s. For example “the launch of this plan represents the start of a conversation, rather than the final word.” REALLY!? You have just told us that a third of children are obese, do we really need another conversation? Maybe it is time to act in a more decisive manner.

My last pondering concerns the issue of the P.E & Sport Premium, I love it. It’s fantastic. However it would be wrong to assume that all Schools are using the funding in the most effective way – that in part may be due to the limited guidance & case studies supplied by the Department for Education.

I worry that just throwing more money at Schools will just magnify everything that is happening currently. So everything that is brilliant will increase – Ace! But where Schools are not spending the funding correctly already, what will happen there? In Schools the curriculum is squeezed and showing no signs of reversing that process, Staff are overworked and the external provider market is saturated making it difficult for Schools to find the needle in the haystack (quality Sports provision that up-skills Staff).

For more on utilising the premium, read this –

With all the aforementioned in mind, I have some suggestions that may/may not help: 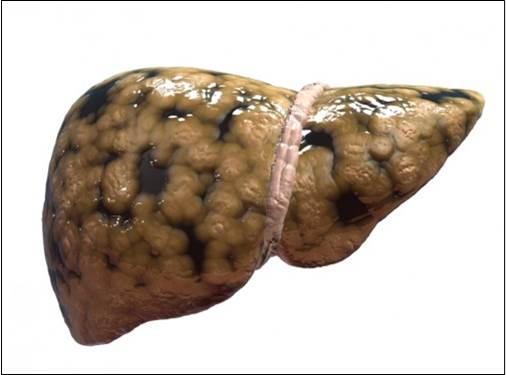 2. Celebrity/Fame – Social Media is currently full of different celebrities flogging their training regimes, whether we like it or not, children have a plethora of ‘role models’ to choose from. Why not jump on the bandwagon? I’m not 100% convinced a range of online workouts with Davina will do the trick. But what about if kids could download/watch & copy the workouts of:

Just place them all on a website and let the kids click on people they like and away you go! With the amount of money available, we should be as ambitious as possible!

3. Distribution of Funding & Community Sport – In School we get to teach children new activities, help them to love being active & identify talent. But there isn’t always a club outside of School to pass them on to. If we’re aiming to inspire a lifetime of activity it is important that children have opportunities to be active outside of School. Now I know I’m preaching to the choir but, as a child I joined Cricket, Basketball, Rugby, Athletics, Swimming & Ju Jitsu clubs whilst playing football as soon as I could run. If we want a sharp rise in activity, we must support the fantastic volunteers at sports clubs nationwide by providing funding. I got chatting to a Tae Kwon Do coach recently (the club runs next to our badminton court) and he would love to increase numbers – but guess what, it would mean he’d need a little more money. So –  why don’t we give it to him through this levy?

The ink on the Government’s paper is still drying, and I realise this blog is more of a reaction than a measured, evidence based report. If nothing else I hope this blog acts as a catalyst for your thoughts on the matter. If you agree/disagree with anything I’d love to hear from you – it is important we have opinions on such a key issue. Debate is good, action is even better. Indifference on the topic, well for some children, that might just be lethal.